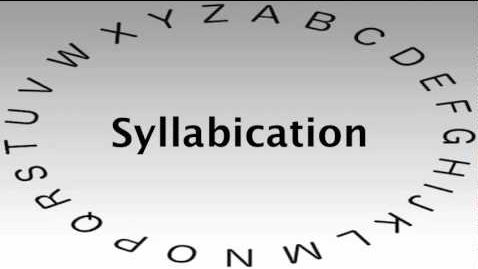 Those real deal spelling bee competitors are amazing. I use to wonder how they do it. I mean, many of the words they spell I have never heard, let alone know how to spell! My question is, “How do they memorize all those words?”

Now, as an educator and literacy specialist, I have come to know the answer.

The real deal spelling bee competitors don’t memorize. They learn the sounds, spelling patterns, and roots/bases of the English Language, and then apply them. Many schools employing current research-based best practice no longer teach spelling. Rather than spelling, students learn “word study.”

Consider the following routine established by an elementary teacher. She had implemented a complete word study program that meets the individual needs of each student to become “thinking spellers.” But, she went a step further, using a supplemental learning activity to plant seeds for future academic achievement.

To close out each day’s word study lessons, she showed her first and second graders how she went about syllabicating three or four or five syllable words. Daily, she would model the authentic act of thinking and doing syllabicating words. Her aim was not for them to necessarily learn to spell these words, but rather to get the idea of sounding out big words by syllables. (She did 3 words a day x 180 school days. That’s getting her little ones to think about 540 “big words” a year!) This daily routine of “planting word study seeds” across the entire school year resulted in academic growth for her students far beyond what she ever imagined! In the spring of the school year she was amazed by her students’ ability to sound out big words when reading and to spell big words when writing.

Here is the routine she followed when modeling the authentic act of thinking and doing syllabicating words for her students:

She thought aloud about the sounds of the letters in each syllable and blended them together.

She emphasized the vowel sound in each syllable.

2. Sound out the syllables and divide them with a slash.

She then went back and sounded out the word syllable by syllable, putting a slash between each syllable.

She sounded out the word three times, doing it a bit faster each time, eventually saying the word naturally. The kids joined in.

"Com / pre / hen / sion. I now easily see the four syllables and each syllable has one and only one vowel sound."

When she picked her three words for the day, she did so by selecting three words that shared a common sound or spelling pattern:

"Hmmm. I notice that the final syllable in these three words are all spelled -sion, and that they all make a "shun" sound. Funny how I hear that short u sound, but it is spelled with an io vowel team. Definitely a rule breaker."

Throughout the routine, the teacher focused on modeling the authentic act of thinking and doing, keeping in mind the following big ideas and rules:

1. Most every syllable has one, and only one, vowel sound.

There are 18 vowel sounds in the English language and every syllable has one.
(The exception being the 'consonant - l - e' syllable, which has no vowel sound, i.e., bu/gle.)

2. There are 6 common syllable patterns based on vowels and consonants that we recognize.

Knowing the basic six syllable patterns and the eighteen vowel sounds, we grow the ability to chunk words into syllables, and hear and identify the vowel sound in each syllable.

Without a strategy for chunking longer words into smaller parts, students may look at a multi-syllable word and simply resort to guessing what it is — or altogether skipping it. Again, syllables are the building blocks of words. Syllables have a vowel sound, and only one vowel sound (except for the consonant + le syllable, which has no vowel sound). Knowing the basic six syllable patterns and hearing the vowel sound within a syllable helps readers to sound out and spell words. Being able to automatically sound-out longer words helps us to develop reading fluency. And it is reading fluency that frees-up the reader’s brainpower to read for comprehension and make meaning.

Phonemic awareness (sounds) and phonics (sounds represented by letters and chunks of letters) are vitally important in learning to read.

Be a thinking speller.

Be a lifelong learner.